Ester Boserup (1910-1999) was born in Denmark. A respected economist, she worked for many years as a researcher and consultant with the United Nations and other international organizations. Her other works include The Conditions of Agricultural Growth. Nazneen Kanji is Director of a Quality of Life assessment programme with the Aga Khan Development Network. Su Fei Tan is a Researcher at the International Institute for Environment and Development (IIED) currently studying the linkages between decentralization and local management of natural resources. Camilla Toulmin is Director of IIED, an economist and co-editor of Towards a New Map of Africa (2005). 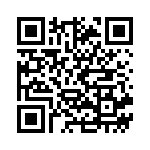