With only 84 pages this is very much a novella, rather than a novel, but into those 84 pages Conrad fits such a lot. There is more to think or argue about in these few pages than in most books that ... Leggi recensione completa

I read HoD in high school, and mainly remembered that my teacher went to great lengths to make us understand the absurdity of all existence etc etc... Then I talked about it in college, and mainly ... Leggi recensione completa

Cedric Watts is an authority on Conrad and the author of numerous books and articles on Conrad including Joseph Conrad: A Literary Life (1989), A Preface to Conrad (2nd edn 1993), and Joseph Conrad (1994). For OWC he has edited Typhoon and Other Tales and other Conrad books for otherpublishers, most recently Lord Jim for Broadview Press. 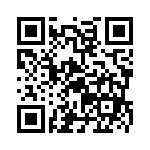