Elisabeth Kübler-Ross was a psychiatrist with a particular interest in end of life care. Especially interested in the care of dying patients, she researched their attitudes to death. Her groundbreaking work, On Death and Dying, identified the 'five stages' that dying people go through as they approach death and this model has been enormously influential over the past forty years. 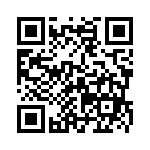