Karl von Terzaghi was an Austrian civil engineer, geotechnical engineer and geologist known as the "father of soil mechanics".

Dr. Ralph Brazelton Peck was an eminent civil engineer specializing in soil mechanics. He was awarded the National Medal of Science in 1975 "for his development of the science and art of subsurface. 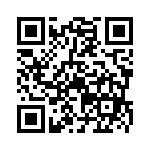