Based in Berlin, freelance editor and art director Karl Kolbitz worked with Mario Testino and Wolfgang Tillmans for many years, before founding his own creative practice focusing on the development and design of publications, such as Entryways of Milan and Gio Ponti.

Fabrizio Ballabio is an architect and writer. He teaches history and theories studies at the Architectural Association (AA) and the Royal College of Art (RCA) and is a founding member of ĺyr.

Matthew Billings is a Berlin-based photographer and video artist whose work considers the intersection of moving and still imagery and the formal shifts brought about by technological advance. His work has been featured in magazines including Basso, Butt, and Paper.

Delfino Sisto Legnani lives and works in Milan. His photography has been featured in a number of international magazines as well as in leading culture forums like the Victoria and Albert Museum in London, La Triennale in Milan, and the Venice Biennale of Architecture in 2012 and 2014.

Lisa Hockemeyer lectures on design history and criticism at the Polytechnic University of Milan and Istituto Marangoni. Her research focuses on 20th-century Italian design, industry, art, and ceramics. Dr. Hockemeyer has published widely and curated exhibitions in both Italy and the UK. She is Visiting Research Fellow at Kingston University, UK.

Daniel Sherer teaches architectural history and theory at Columbia GSAPP and Yale School of Architecture. His research focuses on the modern reception of humanist architecture and on Italian modernism. Dr. Sherer has published extensively in journals in Europe and the U.S. including Artforum, Domus, Log, Perspecta, and Journal of Architecture.

Paola Pansini lives and works in Milan. Her photography focuses on still life and interiors and has been featured by some of the most prestigious fashion houses, international magazines, and architecture studios, including Armani, Prada, Valentino, Wallpaper*, Esquire, and David Chipperfield Architects.

Penny Sparke is Professor of design history and Director of the Modern Interiors Research Centre at Kingston University, UK. She has lectured, curated exhibitions, broadcast, and published widely on design history, including her own books An Introduction to Design and Culture, 1900 to the Present and Design in Context. Professor Sparke is an Honorary Senior Fellow of the Royal College of Art. 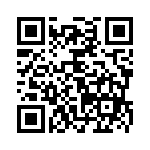