I don't know if they had time to make any audio of these, but when I closed my eyes I could hear the voice. Winter Creek, Books, Cattle Nap, Tiny Bird were my favorites. 'Birds are poems I haven't caught yet' Leggi recensione completa

Jim Harrison: Jim Harrison, one of America’s most versatile and celebrated writers, is the author of over thirty books of poetry, fiction, and nonfiction—including Legends of the Fall, the acclaimed trilogy of novellas, and The Shape of the Journey: New and Collected Poems. His books have been translated into two dozen languages, and in 2007 he was elected to the American Academy of Arts and Letters. With a fondness for open space and anonymous thickets, he divides his time between Montana and southern Arizona. 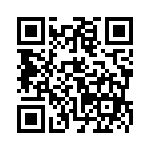