Pagina 69
If we now add the fifth , fourth , and third of the Dominant and Subdominant , the
pitches at those intervals that are most audibly defined in the sounds of the
Dominant and the Subdominant themselves , we shall have all the notes of the
scale .
Pagina 70
And it is the note to which the rest of the scale notes , re , la , and si , are related
through the Dominant and the Subdominant . Another way in which these
intervals may be seen as selected by natural conditions is by calculating a priori
in terms ...
Pagina 77
succession that the terms octave , fifth , and the rest , to name the eight places of
the scale - order , became applicable . Thus it is a series of abstract elements that
we have found as the scale , along an abstract continuum of one dimension . 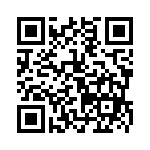