Alec M. Pridgeon is Sainsbury Orchid Fellow of the Royal Botanic Gardens, Kew. He is a Fellow of the Linnean Society of London; Research Associate of the Florida Museum of Natural History at the University of Florida; member of the Orchid Committee and Orchid Registration Advisory Committee of the Royal Horticultural Society. In orchid circles he is perhaps best known as past Editor of the American Orchid Society Bulletin (now titled Orchids) and Founding Editor of the scientific orchid journal, Lindleyana. He has written or co-written 50 scientific articles or book chapters and 90 popular articles, co-written and co-directed five videotapes, edited 11 books including the Proceedings of the 14th World Orchid Conference and The Illustrated Encyclopedia of Orchids, and compiled the Orchid Action Plan for the Species Survival Commission of the IUCN in Geneva. Phillip Cribb is currently Deputy Keeper of the Herbarium and Curator of the Orchid Herbarium at the Royal Botanic Gardens, Kew. He has specialized in the taxonomy of Old World tropical orchids, participating in many expeditions to study orchids in the field. He is the author of several books and over 350 papers on orchids and is co-editor of the Orchid Research Newsletter. He has been a member of the Royal Horticultural Society's Orchid Committee for over 20 years, an executive member of the International Orchid Commission, and currently chairs the IUCN/Species Survival Commission's Orchid Specialist Group, which publishes Orchid Conservation News. He was recently awarded the Royal Horticultural Society's Westonbirt Medal for his work on orchids.

Mark W. Chase is the Head of the Molecular Systematics Section of the Jodrell Laboratory at the Royal Botanic Gardens, Kew. He has received the Cooley Award from the American Society of Plant Taxonomists, the Rolf Dalhgren Prize from by the Royal Physiographic Society of Lund (Sweden), the Linnean Medal for Botany from the Linnean Society of London, and an ICI/Current Contents award for being one of the top 15 most-cited authors in the fields of agriculture and plant and animals sciences (1991-2001); he holds an honorary doctorate from the University of Uppsala (Sweden) and is a Visiting Professor in the School of Biological Sciences, Queen Mary and Westfield College, University of London and member of the Orchid Committee of the Royal Horticultural Society. Finn N. Rasmussen is Associate Professor at the Botanical Institute, University of Copenhagen. He is a member of The Orchid Specialist Group of the Species Survival Commission of the IUCN, the Society of
Systematic Biologists, Botanical Society of America, and Dansk Botanisk Forening. 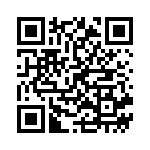