While not badly written this turned out to be a somewhat slighter work than I had hoped. What you're really getting is a scrapbook of interesting pictures, though with good production values, as opposed to a comprehensive narrative history. Leggi recensione completa

Frederick A. Johnsen recently retired from a lengthy career at the U.S. Air Force Flight Test Center and NASA's famed Dryden Flight Research Center, both located on the historic desert site known as Edwards Air Force Base. During his time there, Johnsen amassed a wealth of knowledge related to the Golden Age of Flight Test Research at Edwards. He has written numerous books about aircraft and aviation history. 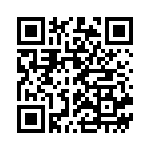