Pagina 7
One may define the esthetic attitude as one wishes , but common usage of the
term " esthetic " would indicate that it means at least what I have described , and
that whatever else is added is a more or less arbitrary addition , not in accord with
...
Pagina 145
What usages of “ truth , ” then , are we going to examine ? I would be tempted to
say “ the ordinary usage , ” or “ what we ordinarily mean when we use the word , ”
except that what we ordinarily mean is unfortunately not itself unambiguous .
Pagina 205
But , ” it may be replied , “ common usage is confused . ” And so it is , perhaps ,
on some points . For example , there are senses of the word “ truth ” ( though it
must be emphasized that they are not very common ones , ) which were rejected
...

I have many books by Libertarians. I heard of this one and just had to add it to my queue. Hospers was the first ever POTUS candidate for the Libertarian Party nominated in 1972. As of 2017 he is ... Leggi recensione completa 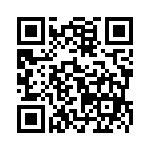