Gloria Naylor (1950-2016) grew up in New York City. She received her BA in English from Brooklyn College and her MA in Afro-American Studies from Yale University. Her first novel, The Women of Brewster Place, won the National Book Award for first fiction in 1983. She is also the author of Linden Hills (available from Penguin), Mama Day, Bailey's Cafe, and The Men of Brewster Place.


Tayari Jones (foreword) is the New York Times bestselling author of An American Marriage, which was an Oprah's Book Club Selection and a favorite of Barack Obama, as well as Silver Sparrow, The Untelling, and Leaving Atlanta. She is a professor-at-large at Cornell University and a professor of creative writing at Emory University. 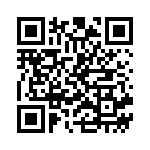