I am actually surprised that this book is not more popular. It is a highly readable account of a fascinating medical study conducted on conscientious objectors during World War II. Anyone interested ... Leggi recensione completa

An interesting read. Todd Tucker tries to make the dry scientific information more interesting by attempting to develop a fiction-like plot feeling to the book. Details are added about the individuals ... Leggi recensione completa 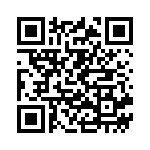