Jani Kilian has successfully escaped to civilian life, but the life of an experimental alien-human hybrid doesn't include the opportunity to sneak away to a nice quiet colony world lacking less-than ... Leggi recensione completa

Kristine Smith is the author of Rules of Conflict and Code of Conduct. She works as a process development scientist for a large pharmaceutical manufacturer and lives in northern Illinois. 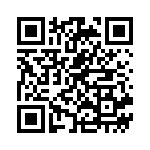