Laurent Sagart is Senior Researcher with the Centre National de la Recherche Scientifique, Paris, France. He is the author of three books and numerous articles on Chinese dialectology, Old Chinese phonology and morphology, comparative Chinese linguistics, and the Austronesian languages.
Roger Blench is an independent scholar and consultant working in international development but also on language and prehistory. He has edited Language and Archaeology Vols. I-IV (Routledge, 1997-9) as well as a book on the history of African livestock.
Alicia Sanchez-Mazas is Professor of Population Genetics and Anthropology at the University of Geneva, Switzerland. Her main research interest is the evolution of modern humans. She published many articles on worldwide genetic diversity and its relation to human peopling history. 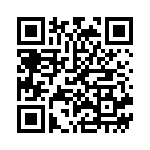