Salvatore Garau, Ph.D. (London, 2010), has published extensively on fascism and inter-war nationalism, and has co-edited a book on fascist antisemitism in Italy and Britain. 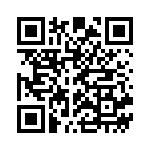