Benjamin Shepard is an assistant professor of human service at New York School of Technology/City University of New York. He is the author or editor of six books including The Beach Beneath the Streets: Exclusion, Control, and Play in Public Space (with Gregory Smithsimon, 2011), From ACT UP to the WTO: Urban Protest and Community Building in the Era of Globalization (coedited with Ron Hayduck, 2002), and White Nights and Ascending Shadows: An Oral History of the San Francisco AIDS Epidemic (1997). He has done organizing work with ACT UP, SexPanic!, Reclaim the Streets New York, Times UP, CIRCA, CitiWide Harm Reduction, Housing Works, and the More Gardens Coalition. 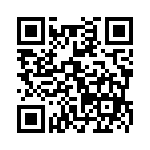