Pagina 95
As such , he is writing for an audience that not only knows ( as does the authorial audience ) that Moscow was burned in 1812 , but that also believes that Natasha , Pierre , and Andrei " really " existed , and that the events in their ...
Pagina 96
Thus , for a while we believe that a woman named Isabel Archer really existed , and thought and acted in a certain way , or , on a broader scale , that Yoknapatawpha County and its inhabitants really exist .
Pagina 231
Furthermore , the stress on close reading — which means , among other things , slow reading — tends to restrict the number of texts a reader is likely to be familiar with , and there is no reason to believe that this is inevitably a ... 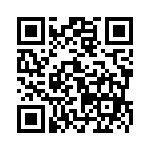