Pagina vi
... of Unification Dynamic Results Policy Lessons of the German Experience for South Korea Thinking Beyond the German Case 9 Can the North Muddle Through?
Pagina viii
... penetration East German relative price Inter-German and inter-Korean exchange Estimated costs of unification Romanian macroeconomic indicators Financial ...
Pagina xii
... supported financially in this endeavor by external powers which, for their own reasons, prefer the maintenance of a divided peninsula to unification.
Pagina xvi
... Institute as a visiting scholar, and it was during this stay that I developed an interest in North Korea and what the unification of Korea might entail.
Pagina xviii
... that they had acquired or maintained a substantial base of relevant skills during the colonial period.3 Unable to agree on a formula for unification, ...
Avanti »

Marcus Noland, executive vice president and director of studies, has been associated with the Institute since 1985. From 2009 through 2012, he served as the Institute's deputy director. His research addresses a wide range of topics at the interstice of economics, political science, and international relations. His areas of geographical knowledge and interest include Asia and Africa where he has lived and worked, and the Middle East. In the past he has written extensively on the economies of Japan, Korea, and China, and is unique among American economists in having devoted serious scholarly effort to the problems of North Korea and the prospects for Korean unification. 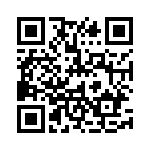