Pagina 199
The reason for its importance is that the additive effects of genes are almost
entirely responsible for the resemblance between parents and their offspring . For
example , suppose genotypes AA , AA ' , and A ' A ' have phenotypes 6 , 5 , and 4
...
Pagina 262
For example , parental care is a form of kin selection ; a female mammal does not
herself benefit from suckling her young , but she is enhancing the survival of her
own genes , half of which , on average , are carried by each offspring . Although ...
Pagina 530
Moreover , the female of a mated pair is certain that the offspring are hers , but
the male is not ; so the coefficient of relationship is greater , on average , between
offspring and female than between offspring and male , and confers greater ... 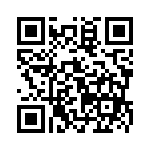