Pagina 52
D. Territoriality Territoriality refers to the tendency of people, in their social
systems, to seek and maintain a territory. Some authors deal with territory as
primarily spatial (Ardrey, 1966; Hall, 1969), while others stress the interactional
aspects ...
Pagina 174
The family consolidates around, and finds its identity through, achieving and
maintaining territory. Behavioral territory was earlier described in the discussion
of boundary; it is the interactional territory of feeling-closeness. Physically, the
family ...
Pagina 175
This territory is signified by the house or apartment number; it may be further
marked by posts, fences, and hedges. ... “In ancient imagery, the center of his
territory is a man's 'house,' be it a home or a farm, a firm or a family, a dynasty or a
...

Ralph E. Anderson (1928-1997) was Professor Emeritus at the School of Social Work, University of Iowa. 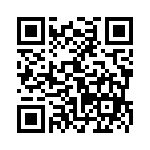