Michelangelo was one of the greatest artists the human race has produced. As sculptor, painter, and architect, he personified the climax of the Italian High Renaissance, as well as its transition to mannerism and the baroque. Michelangelo was born near Florence in 1475, to the noble but poor family of Buonarroti. He was trained as a fresco painter by the great Ghirlandaio but soon turned to sculpture. The lovely Pieta in St. Peter's in Rome is one of his earliest masterpieces; the David in Florence came soon after. In 1505, Michelangelo went to Rome, where he worked for Pope Julius II, a powerful and tempestuous patron of the arts who asked the artist to design a vast tomb with 40 figures. The project, with which the artist struggled for years, was gradually cut down until only the majestic Moses and the two Slaves remained. For Michelangelo, this was one of the great tragedies of his life. It was, however, Julius II who commissioned him to paint the vast cycle of frescoes on the ceiling of the Sistine Chapel---one of the greatest works ever created by human hand, done entirely by Michelangelo alone, working under incredible difficulties, literally lying on his back on a high scaffold for years (1508--12). Many years later (1536), he added the huge dramatic fresco of the Last Judgment on the altar wall of the same chapel. In Florence, he created the Medici Chapel with the famous sculptured figures of Day and Night, Dawn and Evening. In 1547, at the age of 72, he became Chief Architect of the incomplete church of St. Peter's in Rome, on which he worked tirelessly until his death, in 1564, at the age of 89. The basilica's mighty dome is his creation. In his later years, Michelangelo also wrote sublime poetry, into which he poured the innermost heart of a lonely, melancholy, and intensely religious genius. 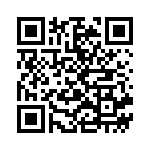