Pagina 4
But we get away to outside With affected precision , the Adjutant appointments
quite often , " put in fixed his eye on the toe of one of his the Adjutant ,
professionally . patent - leather half - wellingtons , at a “ Sure you do . Then you
come point ...
Pagina 5
Gee , something sure has gotten “ Oh no ! ” he said , “ you don ' t into Jim there . . .
. ” And , ignoring want to do that . . . not now . ” Goddard ' s firm , restraining hand ,
The Adjutant , untrammelled by the American spun from his chair sentiment ...
Pagina 254
I am sure I spotted him once during the summer , fishing forbidden water , tucked
in against the dark shadows of the river bank , almost concealed by the branches
of overhanging trees , skilfully casting upstream beneath them , while the black ... 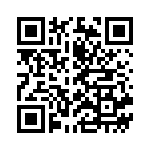