Pagina 50
Covering with a broader name What dethrones a leader, of course, is change.
The New York Central Railroad was not only the leading railroad in the twenties,
it was also the bluest of blue-chip stocks. Several mergers later, the Penn Central
...
Pagina 75
Then, of course, any name would work. So stick with common descriptive words (
Spray 'n Wash) and avoid the coined words (Qyx). As a guide, the five most
common initial letters are S, C, P, A, and T. The five least common are X, Z, Y, Q,
and ...
Pagina 94
But of course, it's not there. MCI Telecommunications is 48 pages away where it
has to compete with seven other companies that incorporate MCI in their names.
(Following standard rules of alphabetizing a list of names, the phone company ...

Better than advertised. What more is there to say Leggi recensione completa 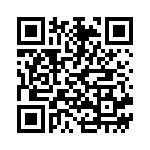