Pagina 66
Naturally so, since it was heard before as a large part of the sound which we
called the sound of the fundamental. It is on account of this fact, viz., that this so-
called partial or overtone is so large a part of the sound heard as the fundamental
, ...
Pagina 74
In hearing any note sounded, then, we have heard the interval called a fifth, the
interval called a fourth (for the fifth is a fourth below the octave of the fundamental
, which is one of the most prominent of the partials), and the interval called the ...
Pagina 146
What are so often called mere data, patches of color, lengths of an extension, for
example, are of course abstractions. This is nothing against them. It is true that
without abstraction such data cannot be discriminated or thought of; but without ... 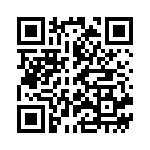