Robert Creeley was born in Arlington, Massachusetts, on May 21, 1926. He attended Harvard University and served in the American Field Service in India and Burma during World War II. In 1960, he received a Master's Degree from the University of New Mexico, Albuquerque. He taught at Black Mountain College, an experimental arts college in North Carolina, and was the editor of the Black Mountain Review. During his lifetime, he published more than sixty books of poetry including For Love: Poems 1950-1960, The Finger, Later, Mirrors, Memory Gardens, Echoes, Life and Death, and If I Were Writing This. In 1960, he won the Levinson Prize for a group of 10 poems published in Black Mountain Review. He also won the Shelley Memorial Award in 1981, the Frost Medal in 1987, and the Lannan Lifetime Achievement Award. He served as New York State Poet Laureate from 1989 to 1991. He also wrote the novel The Island and a collection of short stories entitled The Gold Diggers. He edited several books including Charles Olson's Selected Poems, The Essential Burns, and Whitman: Selected Poems. He taught English at the University of New Mexico in Albuquerque and at the State University of New York at Buffalo. He died on March 30, 2005 at the age of 78. 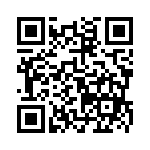