Karen Kingsbury was born in Fairfax, Virginia on June 8, 1963. She received a B.A. in journalism from California State University, Northridge in 1986. After graduation, she became a full-time reporter for the Los Angeles Times. Her first book, Missy's Murder, was published in 1992. She wrote three more true crime novels and four collections of answered prayers and miracle stories before transitioning to inspirational fiction in 1998. Her first inspirational fiction novel was Where Yesterday Lives. Popular series she has penned include the Redemption, Firstborn, Sunrise, and Angels Walking series, and she has also written the nonfiction Miracle Books collection, gift books, and children's books. She has won several Retailer's Choice Awards, plus 2005 and 2007 Gold Medallions for Oceans Apart and Ever After, respectively. Her other books include Longing, Coming Home - The Baxter Family: A Story of Undying Hope, Fiteen Minutes, The Family of Jesus, The Friends of Jesus, In This Moment, and To The Moon and Back. 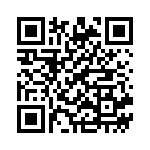