About the author:
Bruce Brooks Pfeiffer became "Frank Lloyd Wright's apprentice" at the Taliesin Fellowship in 1949. In 1957, he attended the "Ecole Nationale des Beaux-Arts "in Paris, returning in 1958 to continue his apprenticeship with Wright until his death in 1959. He remains at Taliesin to this day, as director of the Frank Lloyd Wright Archives, a vice-president of the Frank Lloyd Wright Foundation, and author of numerous publications on Wright's life and work.
About the editor:
Peter Gossel runs a practice for the design of museums and exhibitions. He is the editor of TASCHEN's monographs on Julius Shulman, R. M. Schindler, John Lautner and Richard Neutra, as well as the editor of the Basic Architecture Series. 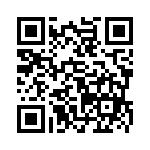