Encyclopedia of the scientific revolution: from Copernicus to Newton

Filling a hole in reference collections on the history of science, this tome brings together a great collection of articles on the progress of scientific discovery in the 16th and 17th centuries. The ... Leggi recensione completa

Wilbur Applebaum is Professor Emeritus at Illinois Institute of Technology, where he taught the history of science for twenty-five years. His research interests and publications center on seventeenth-century astronomy and the Scientific Revolution, for which he has received grants from the National Science Foundation, Mellon Foundation, National Institute of Mental Health and the American Philosophical Society. He has served in a consulting capacity for the Museum of Science and Industry and the Adler Planetarium in Chicago.

Among his recent publications are "Epistemological and Political Implications of the Scientific Revolution." In Science, Pseudo-science, and Utopianism in Early Modern Thought, edited by Stephen A. McKnight, and "Keplerian Astronomy after Kepler: Researches and Problems," in the journal History of Science. 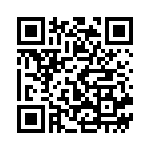