Malcolm Schofield has taught at Cambridge for over 25 years, where he is a Fellow of St John's College and Reader in Ancient Philosophy. He is best known for his co-authorship of the second edition of The Presocratic Philosophers (1983). His publications on ancient political thought include The Stoic Idea of the City (1991). 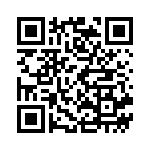