Pagina 204
Were shepherds to hunt for the head . all the bullets loose , then , Sure enough , each time , at besides the defective caps ? the close of the third or fourth But there were no bullet- day , several hardy mountaineers less cases .
Pagina 205
Khuzra had carried such heads were carefully his pot of goat's blood , I hoarded , secretly cached in would wager , and my would be some ... What preserve a head and body skin if the Sahib had time to reload intact , aye , if you will ...
Pagina 305
The rifle was ready , brows a peculiarity which I took a snap shot at his neck , made the head painful and and was lucky enough to awkward to carry , as the prongs break it . stuck into the shoulders of its He slowly toppled forward ... 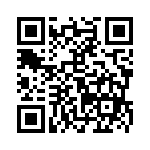