Pagina 9
matter , which the spirit can never apprehend in itself , in so far as it is mere
matter . This it can only possess with form and in form , but postulates its concept
as , precisely , a limit . Matter , in its abstraction , is mechanism , passivity ; it is
what ...
Pagina 239
And because every movement implies matter , and every action a being that acts
, this picture also represents either matter or a being . But this movement takes
place in a definite place , which is a part of a given star ( the Earth ) , and
precisely ...
Pagina 296
His Critique of Judgment contains some curious passages , in one of which he
gives his distinction of form from matter : " In music , the melody is the matter ,
harmony the form : in a flower , the scent is the matter , the shape or configuration
the ... 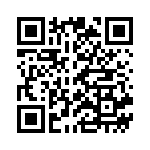