Renowned literary genius George Bernard Shaw was born on July 26, 1856 in Dublin, Ireland. He later moved to London and educated himself at the British Museum while several of his novels were published in small socialist magazines. Shaw later became a music critic for the Star and for the World. He was a drama critic for the Saturday Review and later began to have some of his early plays produced. Shaw wrote the plays Man and Superman, Major Barbara, and Pygmalion, which was later adapted as My Fair Lady in both the musical and film form. He also transformed his works into screenplays for Saint Joan, How He Lied to Her Husband, Arms and the Man, Pygmalion, and Major Barbara. Shaw won the Nobel Prize for Literature in 1925. George Bernard Shaw died on November 2, 1950 at Ayot St. Lawrence, Hertfordshire, England.

Goerge Bernard Shaw (1856-1950) was one of the most prolific writers of the modern theater. He invented the modern comedy of ideas, expounding on social and political problems with a razor-sharp tongue. He won the 1925 Nobel Prize for literature. Dan H. Laurence is series editor for the works of Shaw in Penguin. W. J. McCormack is professor of literary history at Goldsmith's College, London. 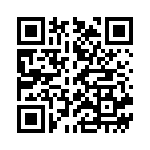