Pagina 60
When he started on a journey , every mayor , dressed in his best clothes ,
awaited him at the entrance of his village , kissed his hands , and paid homage ,
as if he were a king . And he was a king of sorts : under his reign peace and order
were ...
Pagina 151
After long opposition from both Mafia and authorities , the dam was built , but the
cooperative slowly changed hands and finished up in the hands of the mafiosi . In
the early Fifties Dolci moved to Partinico , very near Trappeto , where by then ...
Pagina 161
At Villalba all power was in their hands : church , Mafia , agricultural banks ,
latifundia , all in the hands of the same family . ... Genco Russo had been at the
right - hand side of Don Cald ' s bier : the ancient sign that the heirapparent was
taking ... 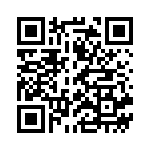