Pagina 139
Frank Coppola , who had seen Ugo Luca , the highest official authority on the
island , on the night before Giuliano ' s murder , who could control the cosche of
his area and , mhat was more important , the cosche of the Trapani area , was
never ...
Pagina 155
In the Fifties ( and the Sixties ) the capocosca was Salvatore Zizzo , a cruel semi -
literate delinquent who controlled the area of Salemi , Vita , Santa Ninfa and
Calatafimi , all in the province of Trapani . His was a rule of terror ; his career was
...
Pagina 181
Trapani ) , where there is no road and where no road has been planned or
wanted for these reasons . Judge Terranova , who investigated the Grecos and
indicted them ( in the Sixties , when they were already at large ) wrote about L ... 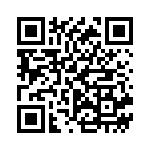