Pagina 159
These phenomena were particularity developed in Southern Italy , in the region
called Mezzogiorno , one half of the country . In the South clientelism was the
principal factor in inhibiting a civic culture of social cooperation and collective
action ...
Pagina 160
Southern Italy after the Unification of the Country “ The new institutions of the
unified nation - state , far from homogenizing traditional patterns of politics , were
themselves pulled ineluctably into conformity with contrasting traditions ' ,
observed ...
Pagina 170
Chubb , J . ( 1982 ) , Patronage , Power and Poverty in Southern Italy : A Tale of
Two Cities , Cambridge University Press , Cambridge . Eisenstadt , S . N . and
Roniger , L . ( 1984 ) , Patrons , Clients and Friends : Interpersonal Relations and
... 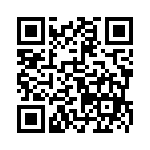