Professional-level presentations and discussions centering on theoretical linguistics but including inflow from biology and related disciplines. I was reminded of how hard Chomsky and some allied ... Leggi recensione completa

Massimo Piattelli-Palmarini is Professor of Cognitive Science at the University of Arizona. He has held teaching and research positions at the Scientific Institute San Raffaele, MIT, the Collčge de France, Rutgers University, Harvard University, the University of Maryland and the University of Bologna. His publications include Inevitable Illusions: How Mistakes of Reason Rule our Minds (Wiley 2004), Choix, décisions et préférences: Quatre leçons au Collčge de France. (Odile Jacob, Paris (2006), L'illusione di sapere, and L'arte di persuadere (Mondadori 1993, 1995). Pello Salaburu is Professor of Basque Philology at the University of the Basque Country where he was President 1996-2000 and Vice President 1992-1996. He is Chair of the Grammar Commission of Euskaltzaindia (Royal Academy of the Basque Language), and a co-editor and co-author of Euskal Gramatika. Lehen Urratsak (seven volumes: 1985-2008) Juan Uriagereka is Professor of Linguistics, University of Maryland. His books include Syntactic Anchors (CUP 2006), Derivations (Routledge, 2002) and Rhyme and Reason (MIT Press 1998). 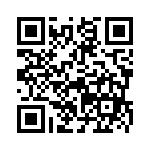