Carlos Castanheira was born in Lisbon in 1957. He has had a private practice since 1991, but had previously worked for Álvaro Siza for fourteen years, and they maintain a working relationship and strong friendship. Outside of his architecture practice, which primarily builds private houses, he is active in many different parts of the architectural community, including participating in conferences and juries for competitions, teaching and serving as an external examiner at schools of architecture, curating exhibitions, and editing and publishing books and catalogues.

Álvaro Siza, born in 1933, is considered one of Portugal’s greatest architects. He studied at the University of Porto School of Architecture from 1949 to 1955. After working with Fernando Távora, he opened a private practice in Porto in 1949. Siza has received honorary degrees from and taught in universities around the world, including Portgual, the United States, Switzerland, and South America. His work has been the subject of numerous books and exhibitions, and he has been honoured with many awards, including the 1992 Pritzker Prize, the ‘European Award for Architecture’ from the Economic European Community/Mies van der Rohe Foundation, and the Gold Medal of the Alvar Aalto Foundation. 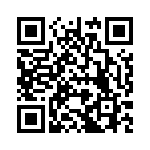