GIA-FU FENG was born in 1919 in Suzhou. He grew up in Shanghai and during World War II graduated from Peking University. He came to the United States in 1947 and earned a Master’s Degree at the Wharton School. Meeting Alan Watts in San Francisco and studying at the American Academy of Asian Studies, he found the path he had been seeking. He taught at Esalen Institute in Big Sur, California and founded Stillpoint Foundation, a Taoist community in Colorado where he lived until his death in 1985.

JANE ENGLISH was born in Boston. She graduated from Mount Holyoke College and received her doctorate in experimental high energy particle physics from the University of Wisconsin. Her other books and calendars includeDifferent Doorway: Adventures of a Caesarean Born,Fingers Pointing to the Moon, and theIceWisdom Calendar. She lives in Vermont. Her current work may be seen at www.eheart.com.

TOINETTE LIPPE worked at Alfred A. Knopf for more than thirty years. In 1989, she founded the Bell Tower imprint. Her own books includeNothing Left Over: A Plain and Simple LifeandCaught in the Act: Reflections on Being, Knowing, and Doing.She now devotes herself to East Asian brush painting and her paintings and cards can be seen at www.toinettelippe.com.

JACOB NEEDLEMAN is professor emeritus of philosophy at San Francisco State University. Among his books are Lost Christianity, The American Soul, andWhat Is God?.In addition to his teaching and writing, he serves as a consultant in the fields of psychology, education, medical ethics, and philanthropy, and he was featured on Bill Moyers’ acclaimed PBS series, “A World of Ideas.”  www.jacobneedleman.com. 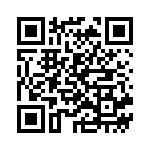