Highly recommended--sheds new light on the year 1599 and the consequences of social history, especially politics, in Shakespeare's works. Helpful in the classroom as well. Leggi recensione completa

I read James Shapiro's 1599 three hundred and six years after its subject, the year it came out. It is the best written book on Shakespeare I have read in decades, and since Shakespeare is only known ... Leggi recensione completa

James Shapiro, aprofessor at Columbia University in New York, is the author of Rival Playwrights, Shakespeare and the Jews, and Oberammergau. 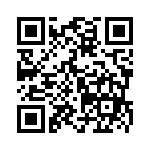