Pagina 129
JESUS was casting out a devil , and it was dumb . And it J came to pass , when
the devil was gone out , the dumb spake ; and the people wondered . But some of
them said , He casteth out devils through Beelzebub the chief of the devils .
Pagina 252
And the great dragon was cast out , that old serpent , called the Devil , and Satan
, which deceiveth the whole world : he was cast out into the earth , and his angels
were cast out with him . And I heard a loud voice saying in heaven , Now is ...
Pagina 253
Wherefore if thy hand or thy foot offend thee , cut them off , and cast them from
thee : it is better for thee to enter into life halt or maimed , rather than having two
hands or two feet to be cast into everlasting fire . And if thine eye offend thee ,
pluck ... 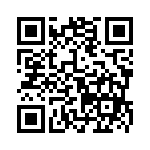