Hugh C. Rae was born on November 22, 1935 in Glasgow, Scotland. After graduating from secondary school, he worked as an assistant in the antiquarian department of John Smith's bookshop. His first novel, Skinner, was published in 1963. He wrote several novels using his name including Night Pillow, A Few Small Bones, The Interview, The Shooting Gallery, The Marksman, and Harkfast: The Making of a King. He also wrote as Robert Crawford, R. B. Houston, James Albany, and Stuart Stern. Using the pseudonym Jessica Stirling, he wrote more than 30 historical romances. He wrote the first few novels with Peggie Coghlan. However, when she retired 7 years after the first book was published, he wrote the remainder on his own. The books written under this pseudonym include The Spoiled Earth, The Constant Star, Hearts of Gold, and Whatever Happened to Molly Bloom. He died on September 24, 2014 at the age of 78. 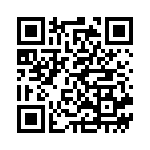