Edward Mullen is Professor of Spanish at the University of Missouri-Columbia, where he has taught since 1971. He is co-editor of the Afro-Hispanic Review. He received the Ph.D. in Romance languages from Northwestern University and has also taught at Purdue University. Professor Mullen has received the Woodrow Wilson and American Council of Learned Societies fellowships. He has served on the Executive Committee of the Association of Departments of Foreign Languages (ADFL) and was the President from 1991 to 1992. He is the author of Carlos Pellicer; Langston Hughes in the Hispanic World and Haiti; Contemporaneos: Revista mexicana de cultura; The Life and Poems of a Cuban Slave; La poesia de Carlos Pellicer: Interpretaciones criticas; Critical Essays on Langston Hughes; Sendas literarias: Hispanoamerica, written with David Darst; and most recently, Afro-Cuban Literature: Critical Junctures. 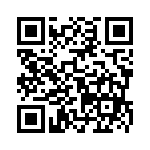