As gripping as a horror story in parts, and putting the horror back in the Holocaust is an achievement at this point, Blatman has set himself the problem of examining the end game of the Nazi death ... Leggi recensione completa

Daniel Blatman is Professor of Jewish History and Head of the Avraham Harman Institute of Contemporary Jewry, The Hebrew University of Jerusalem. 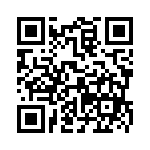