Richard Bruce Winders is a historian and curator at the Alamo. 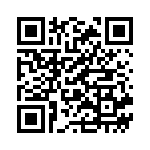