Pagina 2
It our own quite adequately , and was on paper far more powerful early in July we were ready . than the British cruiser force A well - known submarine in the Baltic , and , moreover , officer , Commander Dobson , the ships of the Soviet ...
Pagina 485
It was characteristic at an early morning swallow , of Nejla , who never did anythere she was , bright and early , thing unfitting , that she did and back in bare legs and not attempt to press a bowler pattens , dandling Dewdrop up on ...
Pagina 711
There was a lot more The noisy racket of bushsuperstition and Ju - ju hinted fowl woke me in the very early at , but I really believe they hours of the morning , and were scared of saying too rousing my boy , I got him to much . 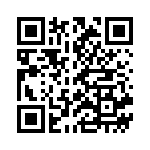