Pagina 46
Finally, his whole emphasis on the dramatic, the scenic, an emphasis which
relates directly, of course, to the angle of vision, is determined by his desire for
intensity. There are times when we might, with Lubbock, think him entirely
interested in ...
Pagina 162
If to be dramatic is to show characters dramatically engaged with each other,
motive clashing with motive, the outcome depending upon the resolution of
motives, then this scene is dramatic. But if it is to give the impression that the story
is ...
Pagina 163
We see his consciousness at work on the world. Sometimes what it records is
itself dramatic, as when Stephen observes himself in a scene with other
characters. But the report itself, the internal record, is dramatic in the second
sense only. 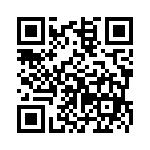