Very biblically sound, which is what we desperately need in the church today. Also easy to read and understand. I highly recommend it to anyone and everyone Leggi recensione completa

Definitely worth the read. Be prepared to cross check everything Dr Showers writes with both Bible and with pre-wrath literature. I wasn't disappointed. He hits the nail on the head. Leggi recensione completa

Renald E. Showers (diploma in Bible, Philadelphia Bible Institute; B.A., Wheaton College; Th.M. Dallas Theological Seminary; Th.D., Grace Theological Seminary) serves on the staff of The Friends of Israel Gospel Ministry in New Jersey. He has served as a pastor; as a member of the faculties of Lancaster School of the bible, Moody Bible Institute, and Philadelphia College of Bible; and as a visiting lecturer. His other works include The Most High God, Maranatha: Our Lord Come! and What on Earth Is God Doing? 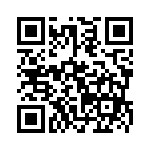