One of the essential reasons why neuroscience is, and probably will remain for a long time, at a stage of infancy has to do the so-called scientific approaches used to understand the workings of the ... Leggi recensione completa

An outdated drawing book from the 20th century. The neuroscience knowledge is largely trashy false science (maybe they thought that it's true in the last century). And what's horrible is that there ... Leggi recensione completa

Betty Edwards is professor emeritus of art at California State University in Long Beach, California. She is the author of The New Drawing on the Right Side of the, the world's most widely used drawing instructional, which has been translated into thirteen foreign languages with U.S. sales of almost three million copies. She speaks regularly at universities, art schools, and companies, including the Walt Disney Corporation and the Apple Corporation. 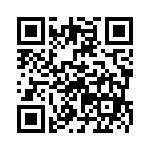