William J. R. Curtis is an award‐winning historian, critic, curator, painter and photographer. Educated at the Courtald Institute of Art, London, and at Harvard University, he has taught the history of art, theories of design, and architecture at several universities worldwide: among others, Harvard; the Architectural Association, London; UNAM, Mexico City; ETSADB, Barcelona; Helsinki Institute of Technology; the Accadmeia, Mendrisio, Switzerland; and the University of Cambridge where he was Slade Professor of Fine Art from 2003–4. In addition to teaching history and theory, Curtis has been directly involved in architectural education in the studio and in juries. He has written historical, critical and theoretical texts on subjects as varied as modern objects, the process of design, historiography, visual education and criticism. His best known books include: the best‐selling Modern Architecture since 1900 (Phaidon 1982, second ed. 1987; fully revised third ed. 1996), and Le Corbusier: Ideas and Forms (Phaidon, 1996). 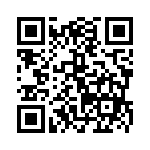