Maha Avtar Babaji called a number of people from throughout the world to his Kriya Yoga Ashram in Nainital, India whom he has chosen as his messengers. The authors Elisabeth Rainer and Christian Rainer from Austria were among them and lived in the Ashram from 2005 to 2009. Babaji has entrusted them with the task to write down his message. 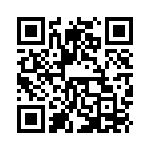